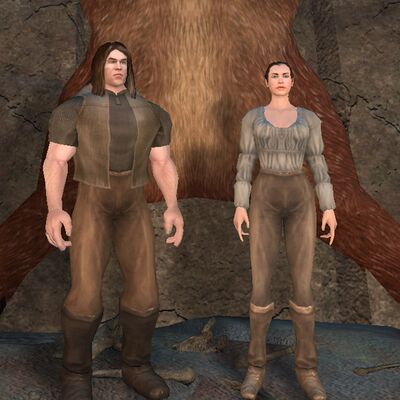 The Varanjar, or barbarians as they are called by many, are closely related to the humans of Thestra. While larger and stronger than most humans, their features remain similar. It is often said that hundreds of years ago the Varanjar were themselves humans who left their brethren for a more simple life in the mountains of the eastern Thestra. The validity of that claim has yet to be established and while physically, they may most closely resemble the humans it is the lesser giants, with whom they share a home in the mountain village of Halgarad, that they have found a common interest. They are hard working, sturdy and brave. They live their lives close to the land and live in a predominantly tribal society.

From Vanguard Saga of Heroes, a Wikia wiki.
Retrieved from "http://vgoplayers.com/wiki/index.php?title=Varanjar&oldid=1767"