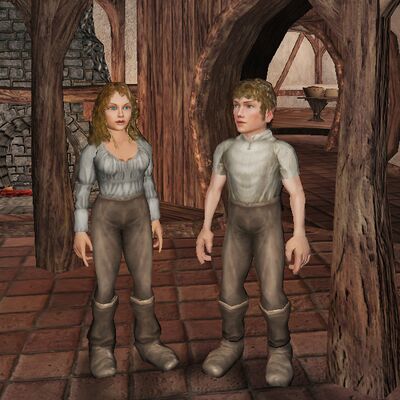 Short, sturdy and amicable the halflings of Thestra seem to be bothered the least by the problems of the other races. For nearly a thousand years, they have been close with the humans and the two races interact and work together more than any others in Thestra. Generally a peaceful race halflings will rarely start any sort of conflict, though when forced they will defend themselves with a surprising ferocity and resourcefulness. Their lifestyle lends itself well to agriculture and most who live in the halfling village of Rindol Field are indeed farmers. While the majority of halflings choose to stay close to their homes, it is not uncommon to see them in adventuring parties across Thestra.

From Vanguard Saga of Heroes, a Wikia wiki.
Retrieved from "http://vgoplayers.com/wiki/index.php?title=Halfling&oldid=11682"